SINGAPORE: The number of e-commerce scams on online marketplace app Carousell jumped a whopping 136 per cent in the first half of this year, the Singapore police said on Thursday (Aug 23). A total of 1,020 cases of people being scammed on Carousell were reported between January and June, up from 432 in the same period last year. Eighty per cent of all e-commerce scams reported took place on Carousell, with common transactions involving electronic items, as well as tickets to events and attractions, particularly Universal Studios Singapore

S$99 million lost to scams in 2017, police say Overall crime increased by 3.2 per cent in the first six months of the year due to the rise of such e-commerce cases, as well as scams to do with loans and the impersonation of China officials, said the Singapore Police Force (SPF). The number of criminal cases went up to 16,460 from 15,949. During this time, the number of e-commerce, loan and China officials impersonation scams also went up by 72.8 per cent, from 1,055 to 1,823 cases.

Your enquiry cart is currently empty. 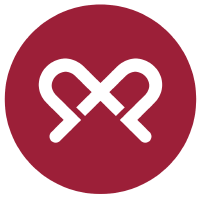